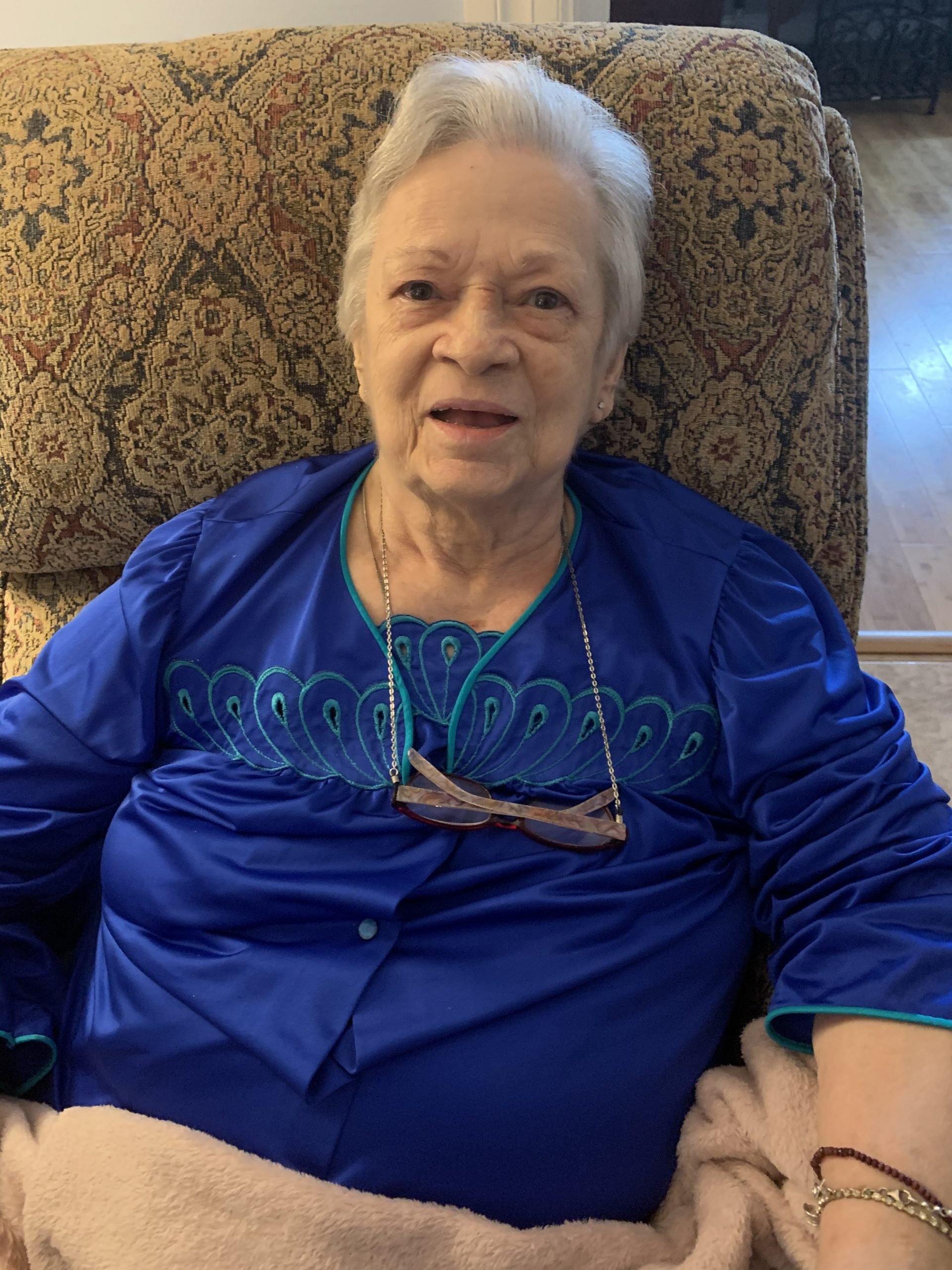 Sara Frances McKeown Edwards, 87, peacefully went to be with the Lord on April 18, 2021.Sara was born on October 11, 1933 in Chester County, SC to Alma Dailey McKeown and Meador “Mac” McKeown. In 1950, when Sara was 17 years old, she met William “Bill” Edwards and they married later that year. Together they set out on an adventure that spanned the next 66 years. They lived and traveled to many locations both in the U.S. and abroad due to Bill’s service in the U.S. Navy.

Two weeks after their wedding, Sara traveled alone by ship to London, England where Bill was stationed. While she lived there, she witnessed the death of King George VI and the taking of the throne by Queen Elizabeth II. In 1952, they welcomed their only child, William “David”. Sara adored her son and devoted her time to raising him while Bill was deployed. Eventually they settled in Virginia Beach, VA with Bill being stationed at NOB Norfolk.

In 1963, Sara fulfilled a life-long dream by attending and graduating from Wards Corner Beauty School where she earned her hairdresser’s license. After graduation, she worked for the school as an instructor before she eventually opened her own salon in the Hilltop area of Virginia Beach, Hilltop Beauty Lounge. After many successful years she moved her salon, now Sara’s Hairstyling, to Luther Manor Retirement Community where she served the residents there as well as her outside customers. She was a beloved fixture at Luther Manor until she was forced to retire in 2005 due to knee issues.

Sara was predeceased by her loving husband, Bill; son, David; her parents, Alma and Mac and her sister, Louise McKeown Stroud. Here to remember her with love are her daughter-in-law, Cindy Edwards; grandchildren, Jennifer and James Harrell and Lisa Warden; great-grandchildren, Cullen, Pearl, Emma, Logan and Shelby as well as many loving relatives in SC.

Sara will always be remembered as tremendously independent, pursuing her goals and making things happen. She was a wonderful cook and showed her love by feeding everyone. She was so much fun, generous and fiercely loyal to her family. Sara will be remembered as our Mom, our MeeMaw and our friend. We will miss her smile, her adventurous spirit and the way she said “Hey Baby!” when any of us came in. We’ll miss her love of pigs, her excitement at the little things, the way she always smelled so good due to her love of perfume and lotion, and how she unapologetically ripped into gifts. We will miss the joy she had watching her great-grandchildren grow.

One day, when we reunite, we know that she’ll be waiting for us with open arms and “Hey Baby!”.

To leave a condolence, you can first sign into Facebook or fill out the below form with your name and email. [fbl_login_button redirect="https://www.vacremationsociety.com/obituary/sara-frances-edwards/?modal=light-candle" hide_if_logged="" size="medium" type="login_with" show_face="true"]
×