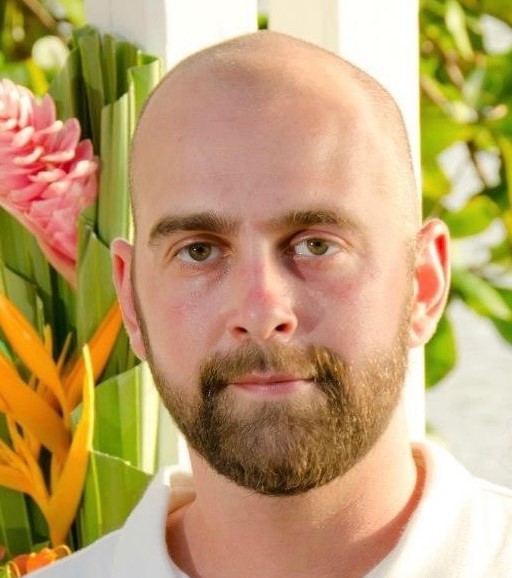 Michael (Mike) Jason Dancy, age 39, departed this earth unexpectedly on January 30, 2021 and returned to his heavenly home.  Michael was a lifelong resident of Newport News, VA.  He attended Warwick High School and graduated with an Associate’s Degree in Computer Arts from Thomas Nelson Community College.  Michael poured himself entirely into everything he did and accomplished.  From an early age with his family, he developed a love of music and nature, and enjoyed competitive swimming alongside his neighborhood friends.  Throughout his life, Mike found immense joy and peace among the beauty and challenge of the Appalachian trails and peaks.  He was also passionate about BMX street biking.  He valued the camaraderie and longtime friendships he developed with his biking and hiking buddies.  Above all, Mike’s greatest passion was his two beautiful beloved sons, Andrew and Jacob.

Professionally, Mike spent time as a graphics and media arts designer, scalloping in the cold Atlantic waters, repairing fishing fleet boats, and as a commercial and private landscaper.

Michael is survived by his wife, Rachel M. Dancy of Newport News and their two sons, Andrew and Jacob; parents, Dennis R. and Denise O. Dancy of Newport News; sister, Michelle A. Dancy of Virginia Beach and niece, Coral; paternal grandparents, Billy B. and Shirley H. Dancy of Hampton; and numerous aunts, uncles, and cousins.  He is preceded in death by his maternal grandparents, Robert M. O’Connell of Poquoson and Marjorie G. O’Connell of Hampton.

The family will receive friends and family on Saturday, March 6, 2021 at All Generations Church, 28 Harpersville Road in Newport News from 11:00 a.m. to 12:30 p.m. at the church’s chapel.  A private family celebration of life will follow later in the day.

In lieu of flowers, Michael’s family asks that memorial contributions be made to the Appalachian Trail Conservancy and the Epilepsy Foundation.

To leave a condolence, you can first sign into Facebook or fill out the below form with your name and email. [fbl_login_button redirect="https://www.vacremationsociety.com/obituary/michael-jason-dancy/?modal=light-candle" hide_if_logged="" size="medium" type="login_with" show_face="true"]
×