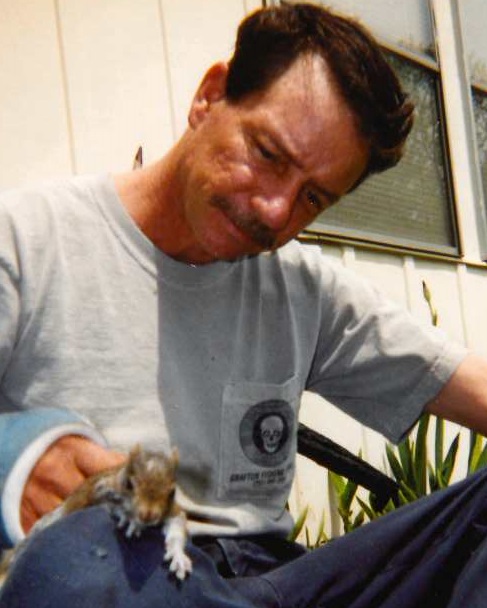 Melvin A. Humbles, Jr., of Dare, VA, passed away unexpectedly on November 18, 2021, at age 63. He was the son of Melvin A. Humbles, Sr. and Virginia Stocks Humbles and he resided in York County his entire life. He was employed with W.M. Jordan Co. for many years then later he decided to work for Seaford Scallop Co., as a marine mechanic, having made many friends there, especially his friend, Terry Tinney and all the gang. He really enjoyed working on the water. When not working, he was fishing, sharing fish and scallops with family and friends,

He is survived by his wife, Jacquelyn Humbles; two sons, Melvin A. Humbles, III and Jason A. Humbles; his sisters, Mary Publicover, Chris Vermatten, Ann Thomas and Ginger McCoy and his brother, James Humbles.

His proudest role was being Grandpa to Shianne, Maia, Haley, Jason, Lilliana and Jazmyn. He also leaves behind his pet squirrel Boo Boo, whom he loved dearly.

May your journey be peaceful.

To leave a condolence, you can first sign into Facebook or fill out the below form with your name and email. [fbl_login_button redirect="https://www.vacremationsociety.com/obituary/melvin-alexander-humbles-jr/?modal=light-candle" hide_if_logged="" size="medium" type="login_with" show_face="true"]
×


Your condolence may need to be approved before it appears on this page. It may not appear immediately once submitted.

Thank you for leaving a condolence..
Your comment has been submitted for moderation.

Show you care
with something special.