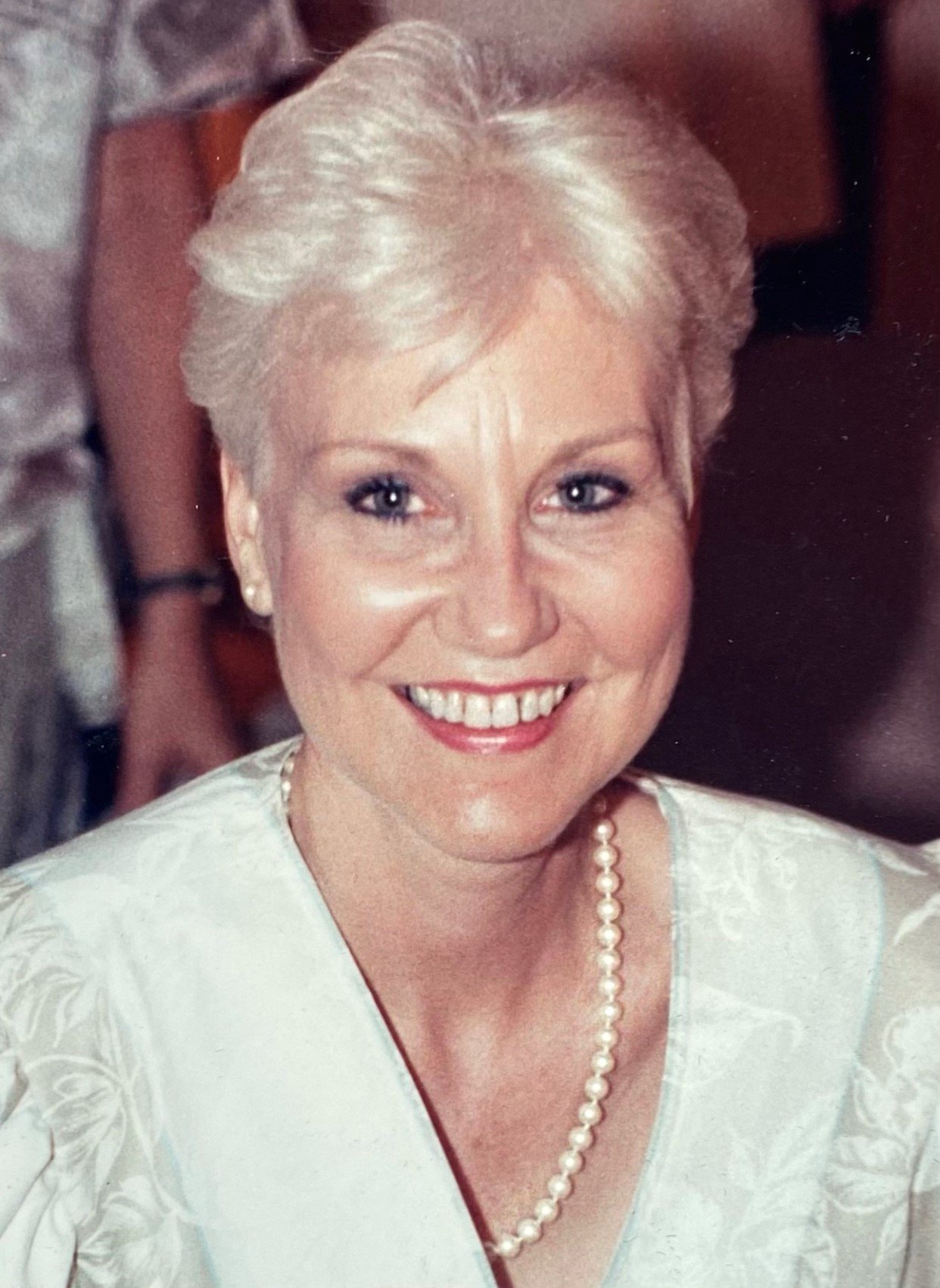 Born June Faye Owens, she was the only child of Charlotte Beatrice Callis and spent her childhood years on the shores of Gwynn’s Island in Mathews County, VA. Following the death of her endeared step-father, Dr. William Hadley, she and her mother moved to Norfolk, VA when June was 10 years old. She was a choral member and graduate of Maury High School, and later Meredith College in Raleigh, NC. She married Mel House and welcomed their beloved son, Greggory House, in 1958.

She was later widowed by Warner Twyford in 1967 after 9 short months of marriage.

Notwithstanding her impeccable fashion sense, remarkable gift for teaching first grade, or impressive knowledge of fine jewelry as a store manager at Zales, her son would attest that her single greatest accomplishment was that she was the best mother in the entire world.

Gregg fondly recalls childhood memories of his mom taking him to Fergus Reid Tennis Courts in West Ghent, where she would sit court-side, Indian-style on the ground, watching him practice. She taught him how to hit a baseball (drawing upon her little-known, physically divined athletic prowess), insisting that he “step into it!”, and how to ride a bike in the driveway behind their Ghent apartment building. She would administer a starting push, and then tirelessly run alongside him while attempting to coach him how to turn the handlebars to avoid riding straight into the brick wall that lay ahead – a valiant attempt which proved unsuccessful many times.

Gregg remembers watching many Norfolk parades as a child from the high windows of the Kirn Memorial Library, where June worked as an Assistant Librarian in their Business and Technology Department.

In 1970, she married Richard Russell and the three moved from Ghent to a house on the beach in Willoughby. Their days were spent sailing, fishing and playing with Gregg’s beloved German Shepard, Scruffy.

When Gregg married Laurie Ryskamp in 1987, June gained a devoted daughter who remained faithful to her throughout the rest of her life. The two would laugh for hours, eat popcorn together, and June routinely raved about the exceptional recipes derived from Laurie’s mother’s culinary repertoire (Ruth Ryskamp).

She was blessed with her treasured granddaughter, Miranda, in 1990. She spent the next 30 years helping raise Miranda, with whom she shared an exceptional bond and who adored her beyond measure.

“My entire life has been a joy because of you.”

In 2016, June was blessed further with a great-grandson, Bennett, who filled her final years with joy, laughter and promise.

June embraced literature, revered the works of Edgar Cayce, had a deep appreciation for the arts, overcame any challenge she encountered with her unparalleled tenacity, and instilled in all who knew her the belief that she was the product of an unstoppable force that meets an immovable object.

To leave a condolence, you can first sign into Facebook or fill out the below form with your name and email. [fbl_login_button redirect="https://www.vacremationsociety.com/obituary/june-hammer/?modal=light-candle" hide_if_logged="" size="medium" type="login_with" show_face="true"]
×