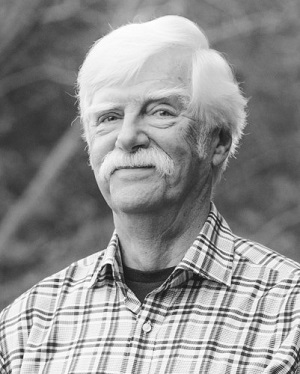 James Myrl “Jim” Warrick, 83, of Williamsburg, Virginia passed away peacefully in his home on April 20, 2021.

Born in Loop City, Nebraska, on October 31, 1937, Jim was the oldest son of Max Albert Warrick and Mildred Mae (Roberg) Warrick. After spending his early years in Sheridan, Wyoming, his family moved to Ravenna, Nebraska where he attended high school, played the bass drum in the award-winning Blue Jay marching band and was the Senior Class President. He attended the University of Nebraska, earning a Bachelor of Science degree in Marketing in 1959, was a member of the Delta Upsilon fraternity and became a lifelong Cornhusker football fan.

Following in his father’s footsteps, Jim started his professional career in retail for Genesco in Nashville and San Francisco and later worked for the family business. While in San Francisco, he met the love of his life, Karen Elizabeth “Kajs” Fahlgren, and they married in Wrentham, Massachusetts on January 5, 1963. In 1964, Jim entered the Foreign Service and served in the United States Embassies in Nairobi, Kenya; Blantyre, Malawi; Dakar, Senegal; Ankara, Turkey; and Bujumbura, Burundi. He was proud to be a diplomat representing our great country, and his efforts were instrumental in protecting lives abroad.

Throughout his career and life, Jim found great pleasure in making family and friends laugh whether in the telling of a joke or story, his years of acting in amateur theater or playing pranks on his children, grandchildren, family and friends. He had an uncanny ability to make friends and fostered those friendships throughout his life.

Jim was a loving husband, father, grandfather and brother. He was quick to compliment, listened intently, worried about those he loved, gave the best hugs, made strangers feel important and despite years fighting a debilitating disease, never lost his positive attitude or determination to live each moment fully. He was a devoted dog owner to Molly, Annie and Enzo and could recount their accomplishments to all. He was proud of his midwestern upbringing, and those values were present in everything he did personally and professionally.

A celebration of Jim’s life will take place at a later date.

In his words, “In lieu of contributions or flowers, just give your spouse a long, loving hug like I loved so much from Kajs, and if you have a dog, get down on the floor and tell them there is one less dog-lover today.”

To leave a condolence, you can first sign into Facebook or fill out the below form with your name and email. [fbl_login_button redirect="https://www.vacremationsociety.com/obituary/james-myrl-warrick/?modal=light-candle" hide_if_logged="" size="medium" type="login_with" show_face="true"]
×