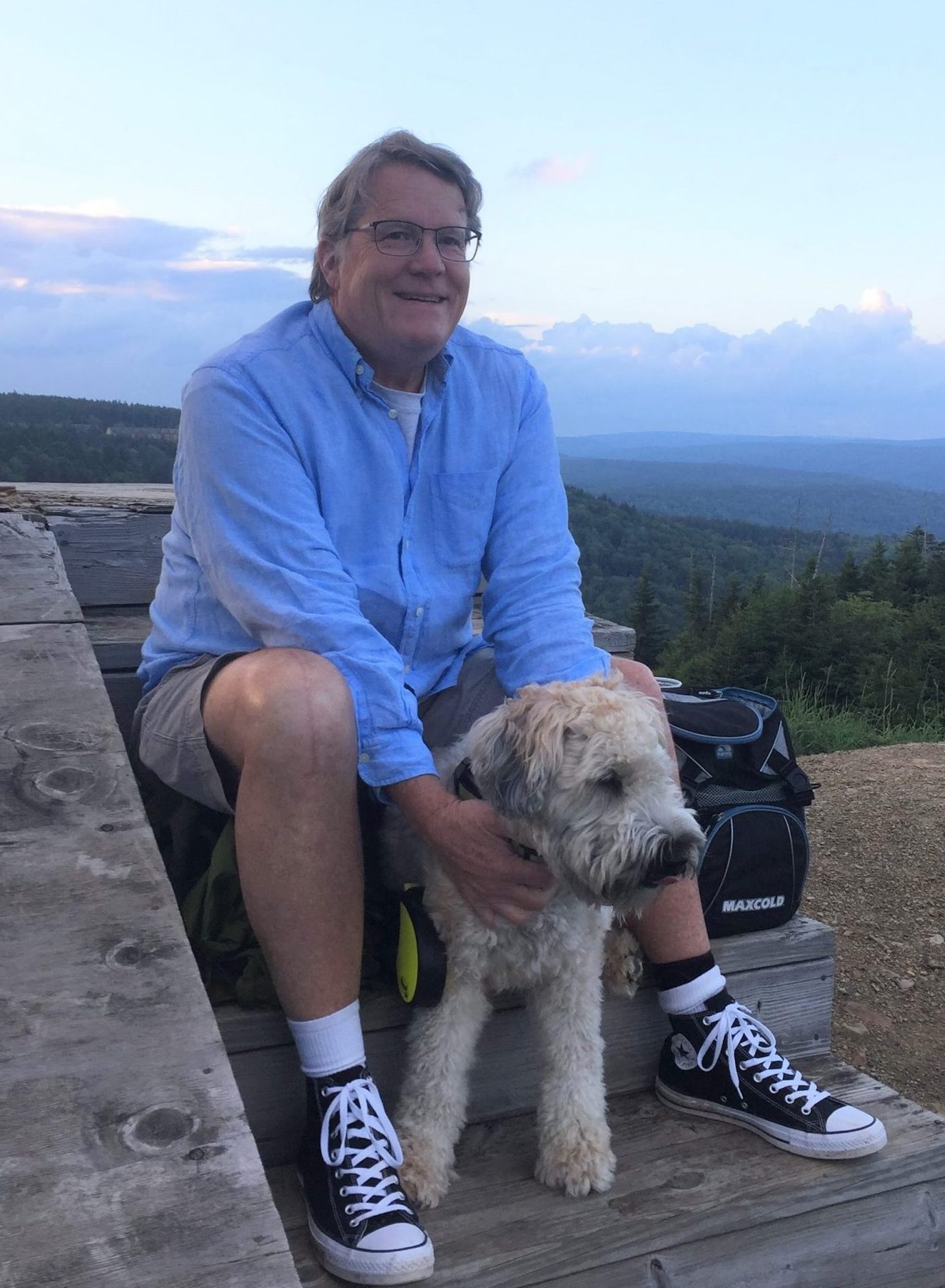 David Frazier Russell was born in Frankfurt, Germany on December 19, 1956. Though David lost his brave battle against ALS on March 9, 2021, his positive attitude and warm, welcoming spirit never wavered – no matter the many challenges.

David was active throughout his life. Summer league swimming successes led to year round AAU swimming championships and Virginia state records, resulting in a scholarship to the University of Tennessee. At that time, UT was consistently a top 3 NCAA Division 1 championship swim team and he was “THIS CLOSE” to qualifying for Olympic trials.  After college, David worked in real estate, which led to a position in property management at Harvey Lindsay Commercial Real Estate where he spent the first part of his career until creating HL Construction, where he served as president until the middle of 2020.  David was a very talented motivator, mentor, and manager who loved his work.  More than that, he felt so fortunate to spend his days with people he considered to be dear friends.

David was a special person for so many in his life.  His love of the outdoors and all activities offered by nature occupied much of his time.  He was never one to put off a trip or new experience for later.  The two most important things to him were his family and water….swimming in chlorinated water, skiing on frozen water, snorkeling in clear water, fishing in flowing water.  During the winter season, David loved skiing with his family and many friends in West Virginia and anywhere there was a snow covered hill out west.  In the summer, his favorite pastime was finding the best deal on airfare and spending family vacations on nearly deserted beaches all over the Bahamas.  Spring and Fall are always filled with bike rides, wine trailing, and hiking – almost always with his beloved Wheatens by his side. David had a lifelong passion for sharing experiences with the family and friends he adored. Without hesitation, he would acknowledge the family cabin on the Cowpasture River in the Allegheny mountains as his forever happy place. Tearing out of the car upon arrival to go see the river, then making the rounds to the other cabins to see which cousins were there, maybe spread a little gossip and invite whoever was around to play a game of cards on the porch. David found it easy to take on his mother’s cherished role of holding court during the many games of spades or bridge.  After a little catch and release, David loved to cook a big meal for the gang. The times with David spent on the porch, holding court, playing cards, and sharing a meal (simultaneously at times!) will be a lasting legacy, a memory to treasure for all who were there. He is preceded in death by his parents Ronald Lee Russell and Anna Margaret Russell from Springfield VA, and his beloved Uncle Bone, Aunt Ellen, and Aunt Mary Elizabeth. He is survived by his wife of 15 years Dawn Stevens-Russell; sons John and Matthew; daughters Kendall and Katie Stevens; brothers Bruce Russell (Mary Jean), Bryan Russell (Bo) and Mark Russell (Sarah), and mother-in-law, Betty Cunningham. David is also survived by his Great Aunt Joan Larrick Rule, nieces Amanda Russell (Will Clements) and Mary Margaret Russell, and nephews Tim Mabes, Ned Russell (James Huang), Billy Russell, Bryan Russell, Jr, and Scott Russell, along with many treasured cousins and loved ones, both related and not.

David insisted that we observe the continued critical need for social distancing so instead of a gathering to honor David’s beautiful life, and his passing, he requested that we all set aside a few minutes each day to appreciate the goodness and beauty of nature, the importance of kindness, and the immense power of love. Give thanks for all of life’s gifts and many blessings as we are fortunate to have them.  A memorial will be planned for later in the year, but it would be a joy to the family to receive a short note with a thought or memory you would like to share about David.  The family has made a donation to further ALS research in David’s name. In lieu of flowers, please consider a donation to your local food bank. The family will be forever grateful for the exceptionally kind and compassionate care provided by the director and amazing nurses and aides at Sentara Hospice House.  Each and every one of you made an enormous impact on us and we thank you from the bottom of our hearts.

To leave a condolence, you can first sign into Facebook or fill out the below form with your name and email. [fbl_login_button redirect="https://www.vacremationsociety.com/obituary/david-frazier-russell/?modal=light-candle" hide_if_logged="" size="medium" type="login_with" show_face="true"]
×