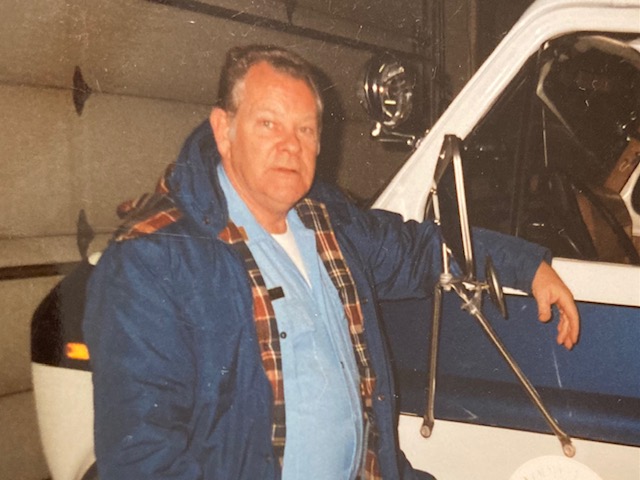 He was a U.S. Navy Veteran and upon completion of his tour, married Regina Sweeney in 1954. He worked for Hertz as a Dispatcher in Brooklyn, NY for many years and in 1970 he and his family moved to Vernon, New Jersey. He later worked in the Audit Department at Selective Insurance in Branchville, NJ. Following retirement, Charlie and Sissy (Regina) moved to Camden-Wyoming, DE where they lived for many years until recently relocating to Virginia Beach, VA to be closer to his daughter’s family.

As a boy, he spent many summers hunting and fishing with family in Nova Scotia, Canada at his grandparents’ home. Charlie enjoyed boating, fishing, reading, gardening and was also an avid animal lover (handing out dog biscuits to all the dogs he met!) He was a founding member and past Captain of the Glenwood-Pochuck Ambulance Squad in Vernon, NJ.

In addition to his parents, he was predeceased by his sister, Dolores Crowley of New Jersey. Charlie is survived by his wife of 66 years, Regina “Sissy” Blades; his three children: Regina Blades Burkard and husband Jack of Virginia Beach, VA, Debbie Veiga and husband Pete of Vernon, NJ and Charles Blades of Virginia Beach, VA. He is survived by seven grandchildren: Jennifer, John and Kevin Burkard, Anthony Veiga and his fiancée Katie Ferris and Timothy Veiga, Jessica and Erin Blades, as well as nine great grandchildren. He also leaves behind, nieces, nephews, cousins, in-laws and many good friends.

In lieu of flowers, donations may be made to the Glenwood-Pochuck Ambulance Squad or a local ambulance squad of your choice. His family will be celebrating his life in a private memorial in Virginia Beach, VA in May.

To leave a condolence, you can first sign into Facebook or fill out the below form with your name and email. [fbl_login_button redirect="https://www.vacremationsociety.com/obituary/charles-patrick-blades/?modal=light-candle" hide_if_logged="" size="medium" type="login_with" show_face="true"]
×