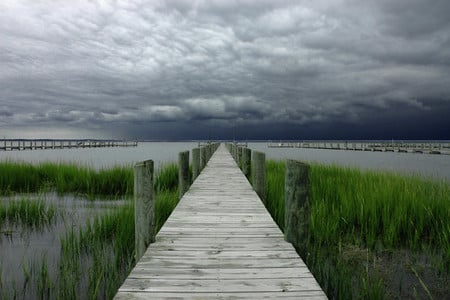 Capt. Carl F. “Cal” Turk, USN Ret. passed away on October 2, 2009. Born in 1923 in Aurora, MN to immigrant parents from Slovenia, Matthew Rudolph and Mary Kocevar Turk, Carl was the youngest of six children and survived all of his siblings. He was an accomplished musician at an early age, excelling at the trumpet, violin and piano, and he enjoyed a wide range of music throughout his lifetime.

Cal was the widower of the former L. Cordelia “Corky” Price of Snow Hill, Maryland; they were happily married for over 55 years and had three children: James Carl Turk of Centreville, VA; Judy Turk Jones Howard of Virginia Beach, VA; and Matthew Alan Turk Kelly of Santa Barbara, CA. Six beloved grandchildren include Aaron and Benjamin Turk; Brian Catherine and Ellen Jones; and Hannah and Price Turk. Cal will be missed by many nieces, nephews, and in-laws, including his late brother’s wife, Mary Turk of St. Paul, MN.

Cal graduated from the United States Naval Academy with the class of 1946 and had a successful 30-year career in surface and sub-surface Naval operations. He was the Commanding Officer of both submarines and amphibious ships, graduated from the Armed Forces Staff College, taught at the Naval Academy, and had tours of duty at the Bureau of Naval Weapons and the Pentagon. USNA classmates remained good friends and golfing buddies throughout his life.

Following Cal’s retirement from the Navy in 1972, he and Corky thrived in their home on the Linkhorn Bay in Birdneck Point. Cal earned a Master’s Degree in Education from ODU and taught math at Plaza Junior High, then math and physics at First Colonial High School. He thoroughly enjoyed teaching and especially loved running into his former students after his retirement in the 1980s; his regular pastimes became golf, bridge, boating, fishing, bowling, and cheering for the Redskins. His most cherished role in retirement, however, was that of “GaGa.” He enjoyed the camaraderie with both the Va. Beach Host Lions Club and the Sassy Seniors at Pinboys.

Capt. Turk’s family would like to thank all of the wonderful employees of Atria Assisted Living and particularly his loving caregivers: Novis, Isabel, Patsy, Jenetta and Joan.

A small memorial service will be held at a later date. In lieu of flowers, charitable donations may be made to the Virginia Beach Rescue Squad, WHRO or the Va. Beach Host Lions Club PO Box 1594, Va. Beach, VA 23451. Cremation Society of Virginia, Hampton Roads office is handling arrangements. Online condolences can be made at www.cremate.org.

To leave a condolence, you can first sign into Facebook or fill out the below form with your name and email. [fbl_login_button redirect="https://www.vacremationsociety.com/obituary/carl-frank-turk/?modal=light-candle" hide_if_logged="" size="medium" type="login_with" show_face="true"]
×